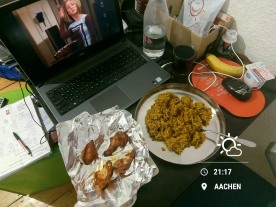 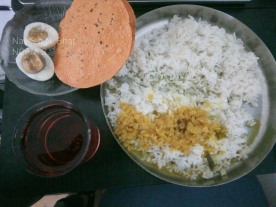 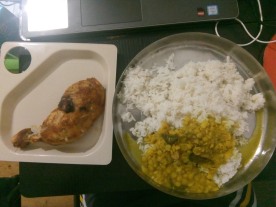 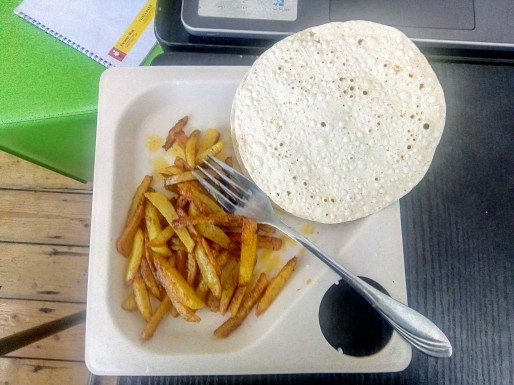 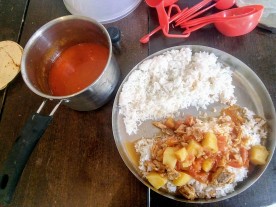 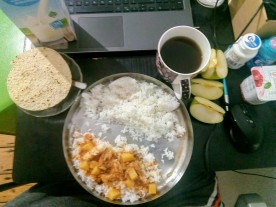 The pit(s) I manage to dig myself in to. Wow. I seem to have gone ahead and pissed off a bunch of my dormies. How did that happen? I’ll tell you.

So, naturally I think, “omg drama on HiH what’s new lel“, and I take a screenshot. First mistake.

Then I go ahead and post it in the only three group chats I am in (all HiH related) I hang out these days in the name of being active on social media, with a laughing emoji

One of the three chats is the L42 Chatroom, of course. The other two are dormie-infiltrated (by Lurkelly, semmi, deve and emilie) too. Now, a handful of my dormies are still active on HiH, even running things behind-the-scenes, which I should have been sensitive of before posting that in the name of humour. Third mistake.

Of course they have other channels of communication amongst themselves invisible to me, considering I am no longer active on HiH. How stupid of me!

Claier and Lurkelly are the first to react. I talk to each of them in private chat, and fill myself in on what actually happened. Apparently, somebody pretended to be somebody else altogether for months on end, and when they were revealed, it came as a shock to all those who trusted them with, well, their trust. Feelings of being let down, betrayal and hurt… I get all that. Totally, I understand it. Betrayal and loss of trust sucks. It sucks that they are going through all that right now, and I cannot help them make it go away. I hope they get over it soon.

Posting that screenshot and thinking it was funny was wrong, I’ll admit that. I cannot undo it. It was tactless from me. BUT, what I hope my dormies will realise is the immediate thought that crossed my mind when I shared the screenshot was “deja vu? Rebecca Black?“, which is why I found it funny in the first place. I barely log into HiH or HiH-related Facebook anymore. I have nothing to do with what goes on on HiH, ever since I found out I am no longer Student Liaison of Ravenclaw. I would never have found it funny if I knew what went down. I immediately regretted my actions. I swear I did not know who posted it as Oshiro. It was entirely unintentional. I wish I could take it back. I’m so sorry, I did not mean to make it worse for them.

I apologised in the group chats, and also personally to all those who took offence. I seem to have succeeded in my efforts at damage repair, for the most part. Except one. And it still eats at me every time I think of it. The worst part is not that I let her down (that’s close, because she’s one of my favourite people on the internet), neither is the most scathing text message she left me (boy, I didn’t know that side of her even existed. I got schooled!), in which she literally said-

“you make me sick to the stomach now that it’s clear you don’t care who gets hurt as long as people think you’re cool and funny. You are not the person I thought you were. How dare you. We don’t talk much anymore, but I didn’t realize that meant you think my emotional and mental pain is funny. I thought we still had some sort of friendship (which is clearly all but over now)“

The worst part is that she hasn’t replied to my texts. Yet.

Update (7 August 2018):
She replied! I would say this is the best day of the month if it weren’t my birthday month. I’m so happy she did, so we were able to work things out. Gotta love communication. Communication solves everything, kids.

Novellus Batman: “I first met unji in the HiH GH chat a little over 4 years ago, before L42 existed. She was one of the first few internet friends I ever made. She was rather shy at first but very sweet, and fortunately, we got talking. I went back and read through our private conversations over the years, her posts and comments in this group, the selfies and videos, and I have tears as I type this… I’ll admit I’m going to miss unji bro (it used to be an inside joke that she was the dorm uncle and I was the dorm mummy, but anyway). I hope she knows how proud we all are of her, for the lives she touched and all she achieved in her unfairly short life.

Holly Higgins: “Onji was one of my original chat mods. I never had to worry about her, and other than Nevi, she was a main factor of why I came to L42 in the first place. I’ll cherish her secret santa gift to me forever.”

Bronze Feather: “I lead her in Salvation prayer over two years ago. Unji and Kristy were the first two people I told about my pregnancy with Michael. We used to talk for hours and I’m so sad that we let those conversations fade.”

Rhiannon Fleetwood: “Amber and I used to be very close and I regret distancing myself from all my friends. Amber and I would have lots of conversations and she would be willing to lend an ear when I was going through hard times. I’ve been crying all yesterday and now this morning as I’ve woken up to this news of her passing. I’m going to miss her very much and I wish I could’ve talked to her one last time before this happened. I’ve been wrapped up in the throw rug she got me. Heaven gained an amazing new angel today.”

Cristina Trail: “We’ve been friends for 4 years now. She helped get me through some really bad patches. I was so proud of her when she announced she finished and was graduating. She worked really hard. Even through everything else she had going on.”

You were a beautiful person, the world knows that. But for the last four years, despite all that we saw you go through personally, we will remember you as the wonderful friend, always kind and encouraging, and a real fighter. If we are the cumulative sum of the influence that the people we meet during our lifetime have on us, then you are leaving behind 41 better human beings. You did well, unji bro.

The only thing we regret is not knowing you for a longer time. Thank you for the memories, Amber Thomas. Rest in peace.