Judge Caprio says, “It is not a crime to get knocked down in life. It is a sin not to get up.”

I think I may have drawn my best sketch on a computer yet. I am so proud of myself. That Pikachu is dope!

I am onto Level 3 in Road Rash. Road Rash and Prince of Persia is what I played the most in the 90s. The others were Pacman, Dave, and SkyRoads. The 2000s brought International Cricket Captain, and I never looked at another game until Dragon Mania Legends and Asphalt 8 a couple of years ago.

I need to find a way to keep myself motivated throughout the day. I always wake up motivated but I have usually given up on the day by breakfast time.

I decided to permanently delete my Instagram account today. I don’t need Instagram likes to feel good about myself. I made sure to download a copy of my photos/videos before deleting my account, so I have the pretty filter pictures on my computer now.

I have decided I am going to substitute Instagram with DeviantArt. I’m still starting out. I shall link it up on the homepage of this blog eventually. Just testing out the features for now. I will be uploading my best photography and sketches in due course. I realise I suck at digital art. I shall leave that to the pros, like Mina Penguin. I’ll stick to pencil sketching. It is what I do best.

Today was Waschsalon day! Two loads because it was time to wash the sheets and blanket/pillow covers as well. That damned dryer D gave up on me during the second drying cycle.

Tanya Steele says, “We are the first generation to know we are destroying our planet, and the last one that can do anything about it.”

How do you agree with that statement?

I went to Kaufland today. I am never going to Kaufland again. I ended up buying stuff I would never buy. I’m good with making a list and going to the Netto near my place. I spent € 24.36 today! But I have to admit, that place is huge. Everything is available at Kaufland.

Sardar Vallabhbhai Patel was India’s first deputy prime minister, and one of the founding fathers.

“As the first Home Minister and Deputy Prime Minister of India, Patel led the task of forging a united India, successfully integrating into the newly independent nation British colonial provinces that had been under direct British rule, and approximately 565 self-governing princely states had been released from British suzerainty by the Indian Independence Act of 1947. Patel persuaded almost every princely state to accede to India. His commitment to national integration in the newly independent country was total and uncompromising, earning him the sobriquet “Iron Man of India”. He is also called the “Unifier of India”. The world’s tallest statue was dedicated to him on 31 October 2018.”

I tried bourbon last night. Jim Beam Apple Bourbon. I think I drank around 40 ml of neat bourbon. That is enough for a first time. I didn’t like it. Alcohol is overrated. I got a little light headed, I guess that’s what ‘getting a high’ means. Still did not meet my expectations. I am disappointed.

I will not deny, however, that I ended up spending £17.99 on the Cricket Captain 2018 game, I probably would not purchase if not in an inebriated state. I am looking forward to playing it eventually. Because I paid for it. Apparently there was a 10% discount because my credit card was only charged €17.09 (instead of around €20.60, which would have been the price going by the ongoing £-€ conversion rate), how kind of them. But I still paid for it. *Sigh*

Still better than microtransactions. I can play that game for the rest of my life. I have been playing the game since 2002, only difference is it used to be the 2000 edition, then the 2005, 2006, 2007 and 2008 editions. I bought the 2018 edition now. It’s been a long time. The game looks so different now, or I may have forgotten how to play. It is a lot like FIFA, for those wondering. You pick a county and manage it. There is minor gameplay but it is mostly strategy. I played as Surrey from 2002-2011, then I switched to Durham. I experimented with Lancashire and Yorkshire briefly, but I like taking the underdogs to glory. When I play Australia I always pick New South Wales. But the 2018 version has Karnataka/Royal Challengers Bangalore, so I’m obviously not picking any other team.

The thing that amazes me the most about the west is how wonderfully behaved the children are in public. I don’t see the parents be overtly strict or borderline abusive, yet the babies and toddlers and pre-teens are so well-behaved and respectful. No tantrums whatsoever. Very impressive.

I spent an hour last night organising my phone into this (click to enlarge):

I spent another $50 on a core member account on DeviantArt. It has unlimited hosting and copyright protection. I love it already. I am going to use it a lot from now. I better put it to good use. I cannot afford to be leisure spending right now, in fact. I promise myself I will take up drawing as a serious hobby and put my skills to good use from now. If you are reading this, I recommend you give it a look. For me. I decided to make a collection of some of my better sketches. I am trying to reclaim a lost childhood hobby. Let’s go. 🙂

Phineas Nigellus Black: “You know, Minister, I disagree with Dumbledore on many counts … but you cannot deny he’s got style …”

Somehow the scene was much more epic in my head when I first read it compared to the screen representation. I was slightly disappointed.

I made crab curry today. I am so proud of myself right now. Recipe updated here. Mushroom soup and green apple for dinner. Actually it is a Nestle Maggi Suppe but I improvised: Fry onions and mustard seeds > add water > add contents > add pepper. Oh, also a pinch of salt because those onions are suckers. Also a spoonful of garlic paste. Yummy.

Check out this cool video: 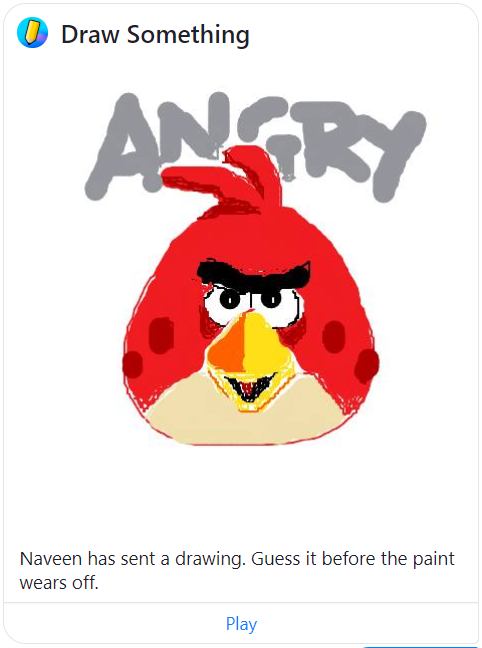 One of my all time favourite memes. This is from 4 years ago, when Isabel first became a Headgirl. In other news, Earth has three moons and Flat Earthers have a new theory- they believe the Earth is shaped like a doughnut.

I need to start looking for an internship/project. Once I get through my exams and finish my B1 level in German, I have to get through that hoop so I can get out of here. I am a German resident until March 2020. Hopefully, I will graduate before that. I haven’t done a single internship in my life. I don’t even know what an internship is like, that is why it is so scary.

I so wanted to study at Georgia Tech. Not complaining about FH Aachen tho, this is pretty good too. If only I did well to make use of the resources. I went to one class, the first one. I might go from next week. Waking up is not the problem. Here is the deal: The Space Environment course in the previous semester had a presentation as part of the grade. I didn’t show up for that, because:

I obviously failed that course, and then there was the summer break, I went to India and came back, and now the Advanced Space Propulsion is by the same professor. I’ve been avoiding going to class because I have to face him, even maybe explain why I didn’t show up. But no matter how I play the scenario and conversation in my head, it is both silly and scary. His class is on Fridays at 0815. A couple of Fridays, I even went as far as the door of the lecture hall and then turned back and went and sat in a park for three hours doing nothing.

Also, all these courses, I already attended last winter semester but didn’t take up the exams or took and failed, so don’t have to attend again. I can technically take the exams directly in February/March.

Lauren says, “The thing about lecturers is they’re generally lecturers because they want to be, so they want to help students learn- particularly students who are struggling. He’ll have been doing this a while, I imagine. Say he has fifteen classes this semester; on average he will encounter three or more students with exactly the same behaviour as yours across his teaching load. He’ll notice their name in the register, worry about them, lament that they haven’t come back because they showed talent, but something in their lives has prevented it, and then he’ll have to move on to the people who are there. He can’t help you unless you’re there, and it’ll bug him forever that he couldn’t- not because he sees you as someone who’s done something wrong, but because he gets it. Everybody screws up now and then- particularly (take it from me, growing up in academia) lecturers. Some of them aren’t particularly nice, some of them are- but 90% of them value learning more highly than anything. So go back, talk to him- nothing awful will happen. The longer you leave it, the worse it will be- you’re spending each day worrying about it, even just in the back of your head. Get it done, then you can move on. You’re not the only one, and you’ll be fine. But trust me, the absolute worst thing you can do is keep beating yourself up like this.”

KT adds, “Nobody can help you if you don’t give them the opportunity.”