I wear my Bayern München hoodie most of the days. For the first time somebody took note and commented on it. The guy at the reception in my German language institute.

I went to the Euroshop and Tedi today, and bought many, many things. A selfie stick, passport cover, cigarette cases (again!) and a phone stand among others. The selfie stick sucks. They have provided such a short cable, it won’t last long. I have to stretch it to the limit to plug it in my phone, and my phone is only 5″.

Apparently, I joined Twitter 5 years ago. I still do not understand what Twitter is for. But I have 984 tweets in 5 years, so that is something.

It annoys me when people go overboard with worshipping their favourite “celebrities”. They are people just like us, perhaps slightly more skilled at one thing, for which they get paid for. I see people go crazy, follow their every move on social media, talk about their private lives… Why?

That is the end of Karnataka’s hopes of defending its Vijay Hazare title. The defending champions are out of the tournament. Sad.

Lunch before I go to Space Mission Engineering class. I am repeating the course. I don’t think I passed the exam. The first part of this course is learning the space laws, what kind of things can or cannot be sent into space, etc.

I went to the park on Goethestraße. There is a lake, and there are geese, like a hundred of them!

So this happened yesterday. Yeah, and they did the space fireworks at night, probably just to show off.

Krys says, “Guns are known for their ability to inspire action.”

It is a pity because they can also cause permanent inaction.

I am down to 19 pen pals now. It is more manageable now. Only a handful of letters every day, and diverse conversations once it has moved beyond the introductions, so it is interesting. I reply to any letters I receive during the day, before I go to bed at night. The irregular delivery times and the pace of response from the other end makes sure it’s not the same people I am writing to every day. I deleted the ones who weren’t active for over a week. I assume they must have deleted the app and moved on. That is how I brought it down from 42 to 19. I guess every time it goes to 18, I will auto-match thrice. 21 is a good number.

The Sukhoi Su-30MKI is, as the young ‘uns would call it, dope. Sukhois in general are pretty to look at. There’s something attractive about twin-tailed fighter aircraft. Anyway, A Sukhoi Su-30MKI of the Indian Air Force reportedly managed to detect the latest Chinese Chengdu J-20 jet fighter, which is supposed to be a top-of-the-line stealth aircraft operated by the People’s Liberation Army Air Force (PLAAF). According to the outlet, when the new Chinese jets where conducting flight training over Tibet, Indian pilots on Russian-made Su-30MKIs managed to detect and track them from Indian airspace. (Source: Sputnik News)

I hear Microsoft is working on a brand new OS. Windows had its good moments. Every alternate Windows sucked, didn’t it? 95 was good, 98 was okay, ME was good, NT was bad, XP was good, Vista was bad, 7 was good, 8 was bad… I am curious to see how Microsoft brands its new OS. Windows has been around since 1985. Anything they bring out will be compared to Windows.

I watched Ouija 2, because the 2014 one was not available on Prime. It was good. I liked it. Somehow the first part has bad reviews compared to this one. Speaking of Ouija boards, I recommend you read this.

I have been watching a couple episodes of Two and a Half Men daily. I am on to Season 2 now. It is not the best comedy series but it is funny enough. That will do. I found all seasons on Prime so I thought might as well watch them. They are decently funny, do not have a continuous plot line that requires binge watching. So far it has been decent. I have laughed out loud a handful of times. The kid is cute.

I took 15 minutes to make this, while I was procrastinating on making a real timetable.

Huskies are adorable. I had not seen one until I moved to Germany. I don’t think huskies can handle the tropics. I had only seen them in YouTube videos until then. I saw one on the bus once. They have beautiful expressive eyes. I did not know huskies came in red too.

My dad turns 60 today. The retirement age in India is 60, so another 20 days and he is a senior citizen. Man, the realisation just hit me hard. My parents grew old when I was busy growing up. Damn. Mum told me to celebrate so I am having cake. I also bought a scarf/muffler yesterday. It’s black. I like.

I really need to get a move on learning picture restoration on Photoshop. Anyway, Abhishek Boloor, one of my best friends in elementary school is in Aachen, and I haven’t reached out yet.  It has been 21 years since I last said hi. I don’t know if he even remembers me. 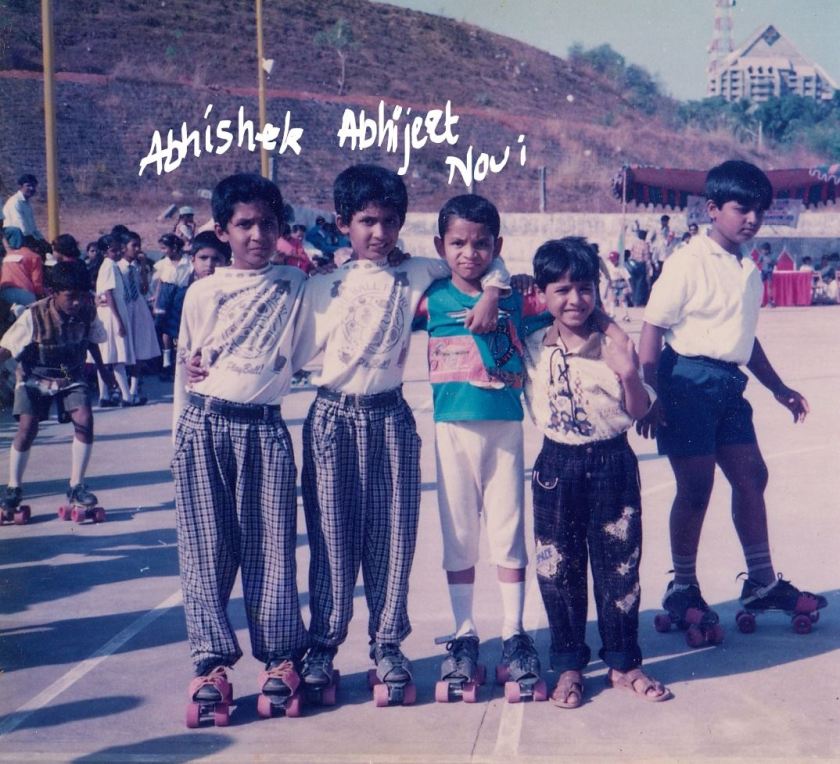 Abhishek is in Aachen these days. He has been in Germany since 2015, but in Stuttgart. I am merely making guesses from his Facebook feed. I might go ahead and message him on Facebook, let’s see how it goes.

I learnt Konkani at home (because native language), and English and Kannada in school since kindergarten. Maybe our pace of learning is slower so we don’t use sight words and stuff, I don’t know. I started learning Hindi when I was 8 (Sanskrit at 10, German at 27). My mum taught me by making me read and copy from newspapers and magazines (also why my Hindi handwriting resembles printed font). We moved to Delhi and everybody speaks Hindi there. I didn’t know how to read, write or speak, and the other kids made fun of me because I only communicated in English. My mum would wake me up at 5 am everyday to practice. I scored 0/20 in the first test in July, and 95/100 in the finals in March. I’m not very good at linguistics and communication, but of all the languages I know, Hindi was the fastest I picked up, only because of mum and hard work.

Sometimes it is okay to switch off and switch on your routine and relationships in life, like we do with our computers when they start slowing down or showing errors. I have no idea what I just typed but it sounded very profound.

Appy is one of the sweetest people on the planet. She sent me “spam” because I complained that I never receive any.

I spend around €130 on average per month on food and groceries. I can’t go lower than that. I will have to save somewhere else.

Nepal, Singapore and Malaysia have qualified. They will join United Arab Emirates, Qatar and Kuwait in the Regional Finals, the top two of which will advance to the 2020 ICC World T20 Qualifier.

I am just going to leave this here. Well, the title of the post demanded it.

I am learning to solve the Rubik’s cube. Just started. I am clueless.

Nope. I give up. Ain’t no Novi staying up fo’ dat shit. Good night. Peace.