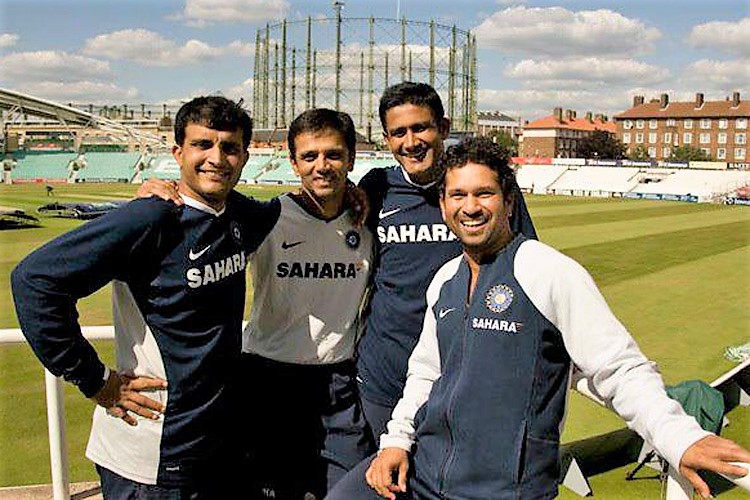 Have you checked out G.O.A.T : Indian Cricket Edition yet?

In light of India’s Asia Cup 2018 victory, it is time for a cricket post. Fun fact, this is my 25th cricket-related blog post. Too much cricket, you say? Well, I have 51 posts related to the Harry Potter universe, nobody ever complained about that, did they?

In the last article, I covered a list of 20 greatest Indian cricketers (men) of all time. But then, I had a feeling that even if I split the list to cover 10 batsmen and 10 bowlers, it does not do justice to G.O.A.T, because after all, cricket remains a team sport, despite the occasional individual brilliance shining through.

So, this time, I have decided to come up with two G.O.A.T teams in each format, and pit them against one another. A few disclaimers here. One, this is my list. You have the right to disagree with my list. Impact on the game is debatable, which is why Bradman vs. Tendulkar or Sobers vs. Sehwag was/will be debated for years, without a conclusion. Two, this list is as of today, the 30th of September 2018. I am sure there will be new players who will deserve to be on this list, over time. The future of Indian cricket is in good hands. Three, the A team might seem like it has an edge over the B team, but do not let that fool you. Both teams deserve to be called the G.O.A.T.

Now that’s settled, can it get more exciting than this? Let’s go!

Virat Kohli and Sourav Ganguly are my captains, for obvious reasons. Surprised to see Mohammed Shami in the A team? Don’t be. The guy has 126 wickets* in 35 matches*, and is already India’s 5th most successful fast bowler.

MS Dhoni gets to captain the A team, because a World Cup, a World T20 and a Champions Trophy (“Duh!”). Again, the A team may look stronger on paper (“Team of captains?”) but have you seen the B team yet? They can bat deep (“Get Dravid to keep wickets and they can go deeper“), and also seem to have a more potent bowling attack between the two teams. Got you!

This is still a rather new format. With only 12 years* and 104 matches* of T20s played by India, there weren’t enough players to choose from to make two teams worthy of a G.O.A.T clash, and I also doubt if this could be called that, yet. If a player like Kuldeep Yadav who made his debut in 2017 can be a 12th man in the A team, that says something. Still, I did manage to put together two very formidable teams.

Gautam Gambhir and MS Dhoni are the captains, again for obvious reasons. They have won enough IPL titles between them. For a change, the B team looks epic on paper, at least their batting lineup does, which has Sunil Narine coming in at No. 9. But wait till you see the bowling attack of the A team!