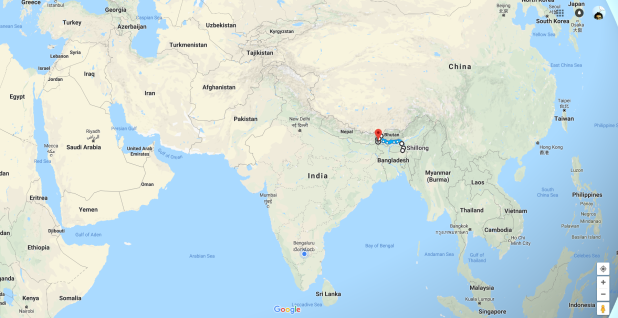 I have high expectations from Imran Khan. To those who do not know, Imran Khan played cricket for Pakistan from 1971-1992, famously leading them to their first World Cup title in 1991-92, at the age of 39. He is one of 5 Pakistani cricketers in the ICC Cricket Hall of Fame. I hope he has an equally illustrious political career.

The Trevor Noah episode labelling him as Pakistani Trump was insulting and offensive. It shows how little research went into their sketch. It was funny but the comparisons were completely unfair. He is nothing like Trump. Khan is not sexist or racist, he’s not a newcomer (he’s been in the politics for 22 years), and he did not pay to appear in commercials and TV shows (he was a sporting celebrity, he got paid instead). The only similarity is they’re both rich and flamboyant, at least Khan was, until he retired from his playing career. But that’s generalising all rich people. Just because their bedrooms look alike does not make him the Trump of Pakistan.

Typically, Google shows 10 search results per page. The current average position for this blog is 9.1, which means I made it to the front page of Google Search! My blog was languishing somewhere on the 8th page just two months ago. I re-branded it as Die Deutschland (Par)desi, and purchased my old domain back. I’ll eventually start posting random stuff about my life and struggles (?) in Germany. I’m assuming there will be people interested in reading about it.

Desi [d̪eːsi] is a loose term for the people, cultures, and products of the Indian subcontinent and their diaspora, derived from the Ancient Sanskrit देश (deśá), meaning Land or Country. As desi is a loose term, countries that are considered desi are subjective; however, it is often accepted that Bangladesh, India and Pakistan are Desi countries.

Anything to do with the subcontinent is desi. It includes Sri Lankan, Maldivian and Nepali as well, even though the Wikipedia definition seems to omit it.

I learned today that Kabaddi is one sport India has thoroughly dominated. India has won all World Cups and all Asian Games gold medals in both men’s and women’s. How awesome is that!

The Incredible Val-E says: “Don’t worry, the 30s are fun, and you still have one more whole year of your 20s! Make it count. Do something that scares you. Try something brand new.”

I’ve been 29 for only 18 hours and I have already heard enough from my mum about marriage and settling down. I don’t know where my life is going.

In other news, this is where Australia wins:

Abigail Manning: “… once you are enrolled (as a voter) here, you stay enrolled forever and get fined if you do not vote in elections. …”

Asian Games update: After Day 3, India are in 7th place.
Nottingham Test update: At the end of Day 4 at Trent Bridge, England were 311 for 9, still needing 210 runs to win. India need to come back tomorrow for that one elusive English wicket, and to make history at Trent Bridge 2018.

I’m driving to Kagal tomorrow. The only thing I’m looking forward to from this trip is getting to drive the 8th generation Honda Civic.

1245 h: Stopped for lunch at Haveri. The Civic is an absolute beast. It has been a wonderful experience so far. We have covered 336 km since morning, and it does not even feel like that many. I could easily go another 336 km by the end of the day, at this rate.

1000 h: My nephew is so adorable! Breakfast done. Time to hit the road again. Let’s go!

1037 h: Filled ‘er up at the petrol station. We should be good for the next three days at the Konkan. Got delayed by nearly 20 minutes because the petrocard wouldn’t get accepted.

1315 h: Took a short break at our Kumta home. We had to while some time away. Can’t be barging into people’s homes around lunch time. That would be rude. Bought vegetables and fruit at the market opposite the bus stand.

1410 h: Schade! What happened there? The car just wouldn’t start. Did I praise it too much too soon? Had to request a couple of autorickshaw drivers at the circle to give us a push, until it started. Phew! I hope this is a one time thing. Do not die on me, car! We still have miles to go!

1900 h: Leaving for Baggon now. It has been an eventful day. Dinner and sleep awaits. 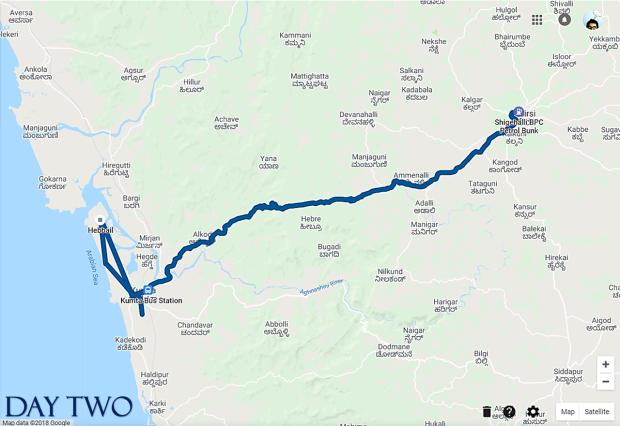