This is the 100th post on this blog. Let us take a moment to appreciate that, please. :p

It is now possible to measure almost instantaneously (within a few seconds) the rotational speed of balls bowled by spin bowlers. 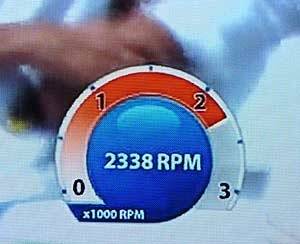