The Ghost of Novellus Batman ♛ ©

Heir of Ravenclaw and Batman.
Member of the International Confederation of Wizards and the British Wizengamot (until the date of demise).

The Batman clan – A History

The Batman clan are basically Gowda Saraswat Brahmins, a Hindu Brahmin (Indian/Hindu witches and wizards are called Brahmins) community in India and a part of the larger Saraswat Brahmin community. They are popularly referred to as GSBs. They are a Konkani-speaking wizarding community. The first of the Rig Vedic Brahmins, these Brahmins are one of the Pancha Gowda Brahmin groups (Saraswats, Kanyakubjas, Gowdas, Utkals, and Maithilas) who lived north of the Vindhyas. They primarily worship the five deities: Shiva, Vishnu, Devi, Surya and Ganesha.

The history of the Saraswats, the forefathers of Batman, is a record of their struggle for existence and a chain of migrations, the longest and the most widespread among any groups in India. Throughout the course of history, the Gowda Saraswat Brahmins have migrated to a variety of locations and are found mostly in the western coast of India. Even after generations and centuries they preserve their culture and traditions intact. Their traditions are so unique and tolerant.

The exact origin of the Gowda Saraswat Brahmins is difficult to ascertain. The Saraswat Brahmins are mentioned in the Vedas, the Ramayana, the Mahabharata, the Bhagavata Gita and even the Bhavisyottara Purana. According to Puranas, they are Aryan migrants from Central Asia who came to the Indian sub-continent through the Hindu-Kush Mountains and the Khyber Pass to South Asia in about 2000-1500 BC.

Most of them settled along the banks of the Saraswati River, which originated in the Himalayas. There were more than 1200 such settlements of migrants. They settled to an agrarian life, supplemented by cattle grazing. These settlers came to be known as Saraswats. Education was of great importance to the Saraswats and so they taught their young the Sanskrit language and enlightened themselves from the Rig Veda. Although they spoke Sanskrit in public, they innovated a simplified version of Sanskrit called Brahmani which they spoke only at home. This language was the grass-root for the present day Konkani language. Over the years along the Saraswati, the Saraswats established the concept of Kuladevatas or Family gods, and began worshipping them.

When a severe famine which lasted for about 12 years hit the region and the crops were not enough to feed everyone, the survival of the Saraswats was at stake. Many of the sects started migrating to present India. Those whose could not migrate or chose not to, started to feed on fish from the Saraswati River for survival. Thus some of the sects of Saraswat Brahmins became one of few fish-eating Brahmins ever known. This settlement was in the land between the Saraswati and Drishadvati rivers.

Here’s an interesting anecdote. The fish-eating habit of Gowda Saraswat Brahmins finds mention even in the Ramanyana. Before performing Rajasuya Yagna, a kind of spiritual magic, Shri Rama asked Lakshmana to invite all the Brahmins for the Yagna. Lakshmana invited everybody, except the Saraswat Brahmins. When asked, Lakshmana explained that he observed them eating fish, which was considered non-vegetarian and therefore they could not be Brahmins. Shri Rama was puzzled and asked Lakshmana to elaborate what he saw. Lakshmana explained how the Brahmins would catch the fish, separate the head and tail from the fish, then using Vedic mantras (Spiritual Charms) they would rejoin the head and tail. They would then release the fish in water. The fish would live again. The Brahmins ate the middle portion of the fish. Shri Rama was impressed. Since the Brahmins were not killing the fish, he felt that no sin was committed. Shri Rama instructed Lakshmana to invite the Saraswat Brahmins to the Rajasuya Yagna.

Due to geomorphosis in the Himalayas, the Saraswati River began to dry up and the Saraswats were forced to migrate to greener pastures. Some went to Kashmir in the north, others went eastward. Few made their way to the Konkan and Goa. These came to be recognized as Gowda Saraswats or Dakshinatya Saraswats, to distinguish them from other Saraswat groups of the North.

The first settlement was established in Keloshi (Quelossim) in Goa in the 8th century A.D. In the 13th century A.D., Dwaita (Vaishnava) philosophy advocated by Madhvacharya became popular and many Saraswats adopted Vaishnavism. They continued to worship the deities they brought with them from the north. The inhabitants later moved to Kaivalyapura (or Kavale) in Goa as Keloshi was destroyed in 1564 AD by the Portuguese. The Wizards of Kavale were known as Goudapadacharyas or Konkani Brahmins until 300 years ago.

Gowda Saraswat Brahmins were in prominence in all the Kingdoms of the western coast, under various dynasties who ruled the region since the start of the 6th century A.D. The Kadamba, Rashtrakuta, Hoysala, Chalukya, Shilahara and Vijayanagara Kings gave important posts to Saraswats, who were highly learned and powerful wizards. There were admirals, treasurers, ambassadors, army chiefs and foreign language interpreters among them. They were famous traders, who conducted maritime trade with Eastern and Western countries of the contemporary world. The spoken language of Saraswats still remains Konkani.

The Portuguese traders were followed by Christian missionaries. Forcible conversions took place under the Portuguese Royal Patronage in 1560 A.D. Most of the Saraswat families left Goa with their family deities, risking life and limb. They settled in the adjoining Hindu principalities. As time passed, the wizarding families went back to new settlements in Goa. They are not in the original ancient spots, where Portuguese settlements and churches were built, destroying earlier temples. The first Vaishnava Saraswat settlement of early Batman lineage was established in the year 1475 A.D. in Varanasi.

The origin of the wizarding village of Ghudo Avedem in Goa comes from the lineage of Lunadeus Batman, the youngest of eight Batman brothers, a reputed Gowda Saraswat Brahmin family who were all well-known for being powerful and highly skilled wizards. Lunadeus established the village in 1560 AD. The members of the Batman clan continued to hold important posts under Keladi or Nagar rulers. Many families who emigrated from Goa because of the Portuguese rule, settled down in smaller towns and villages in Shimoga, South and North Kanara districts.

The Batman family of Ghudo Avedem has, over the centuries, gained a reputation for being masters of spiritual Indian Alchemy and magic (which is believed to be much more intellectual than practical), and Astrology (a combination of Divination and Astronomy). Some of the smartest and most brilliant Indian witches and wizards in the last three centuries have either been a Batman or are somehow linked to their bloodline. They are known for their expertise in the use of spells, curses, and rhythmic, sing-song charms called “mantras.” Unique amongst the Hindu wizards is the crafting of beautiful spells in the form of tantras or mandalas, which are often geometric in form, and may be simple line drawings or much more colorful, and may be permanently inscribed using dragon’s blood and other rare inks, or temporarily created out of dyed sand. Knut to Sickle-sized mandalas may be worn around the neck or carried in the pocket. Others may adorn a room in the witch or wizard’s home.

Practitioners of the methods of Hindu wizardry tend to excel in Charms, Apparating, conjuring, and banishment. Many Mantrik practitioners excel in methods of Divination, even if they are not Seers, per se. It would be extremely unusual, even bizarre, to find a Mantrik practicing Dark magic; Hindu magic is almost entirely focused on positive energy. As a result, of course, their wands tend to be made of wand woods that have overwhelmingly positive energies, and their cores, in contrast to those of British wizards, tend to be of gemstone rather than including animal essences (The wand of Novellus Batman was 14 inches, made of unyielding Sacred fig wood with a 6.42 carat Emerald core).

The association of Ravenclaw with the Batman family of Ghudo Avedem happened when Lady Cassandra Sheldon (heir of Rowena Ravenclaw) traveled to British India in 1761 A.D. She met Ramius Batman, and they both fell in love and got married. The Batman clan were the first beneficiaries of English education introduced in 1840 under the British rule.

Albus Dumbledore, during his travels across Asia, as a part of the Wizengamot, invited the Batman family to send their children to study at Hogwarts, to promote Indo-British peace. Novellus was the first Batman to attend Hogwarts School of Witchcraft and Wizardry, between 1963 and 1970. His younger sister Paula followed in his footsteps 3 years later. And thus began Batman’s association with Hogwarts. He also met the love of his life, Allison Miller (a Hufflepuff, who was a year older but in the same year as Novellus) and later married her.

Novellus moved back to India in 1971. He worked in the Indian Ministry of Magic for a few years, in the Department for Protection and Restoration of Magical Artifacts. He was elected as a member of the International Confederation of Wizards when Albus Dumbledore was the Supreme Mugwump. Novellus was forever loyal to him. He even considered Dumbledore as his hero. The two shared a friendship of mutual love and respect. They used to correspond regularly by owl. In fact, they both exchanged a lot of technical knowledge in secret (about Horcruxes and Sybil Trelawney’s prophecies), when Lord Voldemort was at his peak. Even though Novellus did not actively take part in the resistance against the dark forces in England, he was happy to give Dumbledore tactical suggestions every now and then, till the latter’s untimely death. However, his son Novellus Junior (the only Gryffindor in the family), a student during Harry Potter’s time, did take part in the Battle of Hogwarts, much to his father’s pride. 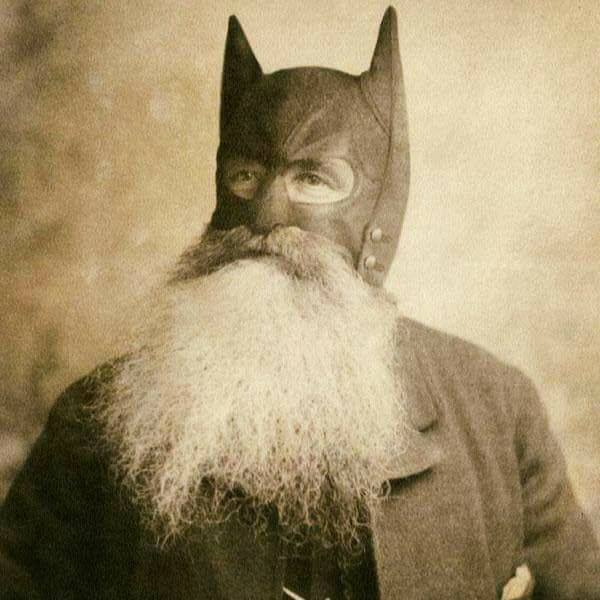 In the late 2000s, after the death of his wife, Novellus moved to England to settle down with his kids. In June 2014 A.D., aged 61, Novellus passed away in his sleep during his visit to Hogwarts (for a meeting of the Wizengamot, to be chaired by current Headmaster, Professor Jacob Balog).

The Ghost of Novellus Batman now roams the corridors, the Great Hall, and the Ravenclaw common room. He is especially fond of Dorm #24,669: The League of 42, where he spends most of his time, talking to the students and telling them stories. They all love him.

Novellus is survived by a son (Novellus Junior, aged 33), twin daughters (Sofia and Isabella, aged 30) and six grandchildren, with the seventh grandchild on the way (Isabella is pregnant with her third child). All his grandchildren are expected to attend Hogwarts School of Witchcraft & Wizardry. He expects them to be quite the handful (and reckons they deserve their own full article). Novellus also has a Goddaughter and a Godson- Anna-Noel Imbriaco and Valentino Mumbalsa.

Related pages:
Who was Novellus Batman?
The Tree of Batman