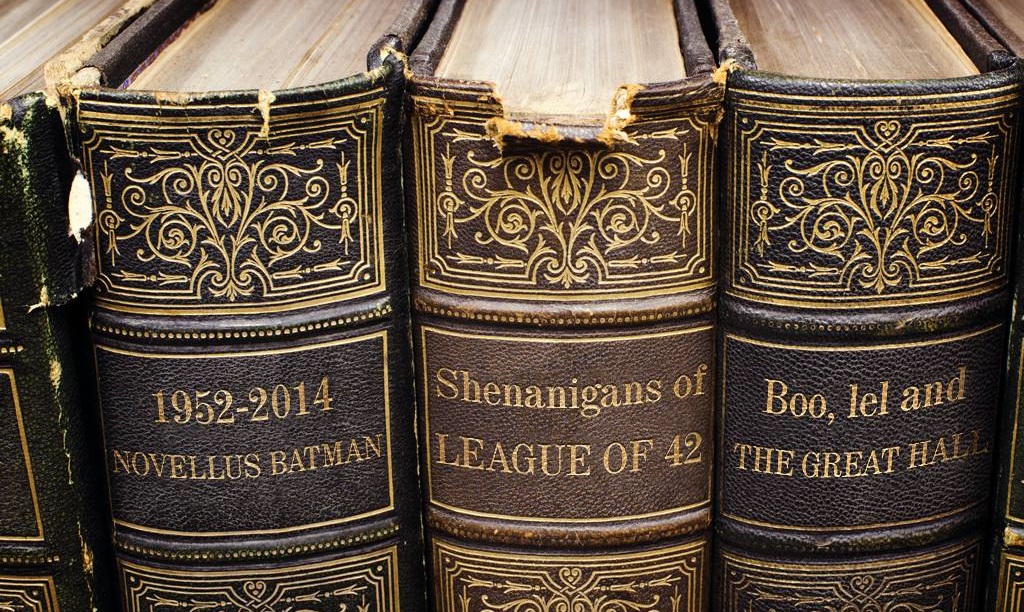 Continued from The Shenanigans of 42 : Chapter 3.

This week has been crazy!! I’ve done all my finals except one and everyone else in the dorm is working super hard in their studies. We got a few new dormmates who are all awesome and it was super fun telling them all our little habits and schedules. To break some of the stress caused by lessons and new people, we decided to take a million pictures of ourselves and our families and use the sticking charm to stick them to the wall. By time we finished we had basically wallpapered our entire room!!

One of our new members, deve, started some music and encourage us to make a mini-dance party. It was awesome and somehow people snuck in butterbeer and firewhisky so it took on the full party feeling. we used the dancing lights charm to decorate and I was put in charge of maintaining those. I’m glad I practiced so much because I was able the conduct my five orbs to “dance” along with the music and everybody had a blast except for the few people that slept through it. I’ll never understand how people can sleep through that much racket.

Anywho, I really should get to my Transfiguration practicle. It starts in five minutes and if I don’t leave now then I might be late!!!

Yes, I’ve named you after my dog back home. I miss talking to her so much, so this is a good substitute! This week has been so crazy. We have our finals going on which is really stressful. I’m going to be freaking out about them until we get all of our final grades  back. I feel like I should move my bed into the library, I’m just spending so much time there right now. I have yet to take my Potions and Transfiguration final. Those two are the ones that are making me get a stomachache. I can’t get less than an E in those classes. An O would be better of course, but I will be satisfied with an E.

We’ve also gotten some new dormies this past week. I’m actually having a lot of fun getting to know them. I’m not normally a very outgoing person, but these guys are making it so easy. They are just so friendly! Rhiannon and I seem to be getting into quite a bit of mischief though. I can’t really say a lot about it, but let’s just say it has to do with hiding some of Dave’s quills and parchments.  Oh! we have some secret stuff being planned for the new dormies. I can’t wait to see their reactions to everything, it’s going to be so funny…I just know it! Well dear Nala, it is time for me to trudge back to the library for more studying.

This week has been… eventful. So eventful I am only writing now, on Friday.  I finished all my finals and finally made the decision to leave my old dorm :/… and joined a new one.

Or, well, tried to join a new one and eventually was successful…

After I walked out of the Transfiguration classroom, I decided I would wander up to the League of 42’s dorm. I had seen a few of them joking and casting spells in the hallway and they seemed like entertaining (and bright) people. My mind wandered off to a few of the questions on the Transfiguration Theory test, (I had never seen some of nthose questions coming… nor did I feel sure about the answers)  and I ended up at the entrance to the Ravenclaw common room. The riddle, conveniently enough was about the moon (Astronomy had been featured lately, and I wondered if it had anything to do with the recent celestial happenings). I decided to search out the League of 42’s dorm, now that I was all done with my tests.

After some wandering, I stopped outside of a lone doorway. The dorm was 15,991 and looked… a bit un-inviting. It had a sign hanging above it like all the others, though, and so I stepped closer. It had a second sign on it that said “condemned” with a few boards nailed across it and I thought to myself… ‘is it some kind of test’? I cast Finite, Alohomora, even simply tried knocking… but there was no answer. Finally, as I was just standing there, brow furrowed, a bubbly blond walked past, stopped and then looked back at me. She cocked her head and said asked me if I was looking for “Novi, Deni and Kresty”. I replied that I was looking for the League of 42. She laughed and let me in on the recent move to Room  24,669 and headed on her way.

Later, with the contents of my room all packed into a cardboard box trailing behind me with the help of Locomotor, I started on my search for Room 24, 669. I found it after not too much walking and slowly edged the door open. I heard it before I saw it. Uproarious laughter, some kneazles yowling, some music playing (wait, was that a Disney song?)… and when the door creaked open all the way I was greeted by the sight of half-a-dozen Ravenclaws chatting animatedly by the fire. Unfortunately, with my concentration broken, my box crashed to the floor loudly, causing everyone to look up… and me to want to walk back the way I came. But all anyone said was “Nice box!” and, “Introduce yourself nuubie!” without any hint of irony. I said I’d be back in a minute for intro, and that seemed to appease them.

I spent about 30 minutes arranging which, in truth, was 20 more minutes more than I needed to. My box consisted mostly of my library and some clothes, not much else. But I was worried about my introduction. What should I say? Not too much, obviously; I didn’t want to babble on and look like a fool. I walked cautiously back out to the common area, careful not to make any noise this time. A different 6 or so were there this time, though there were some of the same around. I had already resolved to tell the bold-faced truth, what was there to lose? The problem was breaking into the conversation and the melee of flying pillows, cushions and… was that an airborne kneazle?! I charmed it down quickly, which earned me a grateful purr from the animal and additionally the attention of the dorm members. I awkwardly put the kneazle down, who sauntered off to his/her owner, and I collected myself quickly.

“Hey all”, I started. “My name is Isabel. Call me whatever nickname you can think of… other than Bella.” I involuntarily pulled a face when saying the name. “ I’m a bit older than your average first year and I can be a little… anti-social at times, but it’s nothing personal…” I trailed off, not knowing what to add and what to leave out. “You want to go to the movie night with us this weekend?” One of them spoke up.  “They’re playing ‘The Greater Good’.”  I nodded a feverish ‘yes’, and the girl smiled, but quickly got distracted by a question from her neighbor, so I took the time to take in my new family. The same bubbly blonde that had helped me in the halls was there, one girl I had talked to earlier… was her arm swollen?! I wondered if she’d run into some nasty spell or some nettles in the greenhouses. There was a boy petting the kneazles I’d seem floating around earlier and… was that a ghost? We had our own ghost?! My face broke into a half-smile, half-look of bewilderment while I watched those 4 and some others chatting, sitting on sofas, cushions and gesturing wildly. A girl I had never spoken to before, gestured encouragingly at the seat next to her and as I took a seat and let myself be pulled into discussions of “butt cream” and “Bookfaces”  I chuckled in my head and commended myself on making a decision worthy of Rowena Ravenclaw herself by joining this group and settled in.

For now, that’s all. I’ll hopefully be more diligent in writing once/day or every 2 days. I swear, if it wasn’t for this journal, I wouldn’t know what happened to me yesterday. ‘Till next week….

Don’t let the muggles get you down!

How are you today? I hope you are well! Guess what? We have accepted some new dormies this week! Yay! Some of them are boys!

Anyway better get back to my studies. Love you little book. I said I will post a lot but I am a little unorganised at the moment.

Hello you lovely specimen of a journal,

Bet you thought you wouldn’t see me again after my charms final, didn’t you? Well, guess again! I’m back with a vengeance, but this time to keep you posted on ‘the shenanigans of 42’, all the crazy situations my dorm keeps getting into.

For example, this week we all took selfies with magical cameras which we’d brought with us. This Muggle tradition had stumped me for a while before today, and I wouldn’t have gotten into it had it not been for my lovely fellow 42-ers. But would I surprise you, dear diary, when I tell you that it kind of exited me? Even though we see each other every day, to exchange these small momentary glances into aspects of our day that the others missed, is somehow a happy and fun thing indeed.

We all seem to be up at different times of the day, with people only just waking up when I’m going to bed and vice versa. This makes communicating awkward at times, but we’re decided an ingenious note-system which seems to be working so far. And on that note, it’s bedtime for me.

See you next time, journal dear, for more shenanigans from… 42!!

Originally posted by Rhiannon Fleetwood in the Hogwarts is Here library under the same title. Click here to view. Just a note, we are changing the chapters to fit in with the current week, and role-playing as if Hogwarts is a school which lets you go at your own pace. Continue to The Shenanigans of 42 : Chapter 5.